Women are powerful. Many times we don’t feel it, but we have far more power than we often realize. Do you remember Delilah? She was one of the most powerful women in the Bible. She “took out” Samson, the world’s strongest man. Can you imagine? Big, powerful muscles and Fabio hair, wrapped in a man who served God? He was unstoppable. The Philistines couldn’t touch him, but a woman was his downfall. 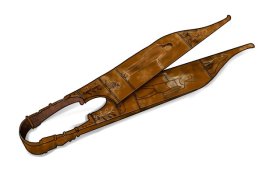 We all know the story. Delilah seduced Samson and asked the source of his strength. She asked three times before he gave in.  And then, while he slept with his head in her lap, she called in a man to cut and shave his hair.  When his strength had left him, Delilah turned him over to the Philistines who bound him, gouged out his eyes, and made him grind grain in the prison.

But Samson “died” before his hair was cut. What was it really that killed him? Was it Delilah’s beauty? Her intellect? Her overt power? No. That would make the story too far from us; it would make her the evil woman with whom we have nothing in common. In fact, we have far more in common than I like to admit.

Here’s what the Bible says:

It came about when she pressed him daily with her words and urged him, that his soul was annoyed to death. Judges 16:16 NASB

Words kill. We say, “sticks and stones may break my bones but words will never hurt me.” That’s not true. Words create. God created the Universe with words. The Word became flesh and redeemed us all. Words also destroy. Solomon had much to say about the power of words. Consider this:

With his mouth the godless man destroys his neighbor, but through knowledge the righteous will be delivered. Prov 11:9 NASB

A soothing tongue is a tree of life, but perversion in it crushes the spirit.  Prov 15:4 NASB

Reading this story made me think back to all the times my words have nearly annoyed my husband to death.  How many times have I pressed him daily with my words? How many times have my words, even my questions, put him in an uncomfortable position? Have I pressed him to give up his power? Sure I have, and those times caused chaos in my home.  When I hold back and ask God for His words, then we are more likely to have peace in our home.

Pleasant words are a honeycomb, sweet to the soul and healing to the bones.  Prov 16:24 NASB

About the Writer:
Wendy is a wife and mother who works full time in Risk Management.  Here at First Dallas she serves in Sunday school, helps coordinate Angel tree, and teaches at Discipleship University.  Her greatest joy comes from discovering how following Jesus can greatly impact her daily life and the lives of those she cares about in innumerable, practical ways. 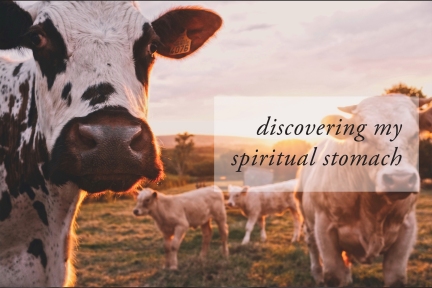 I’ve sat with the same passage of scripture in front of me for over three months, “chewing on it,” and “chewing” some more. Several times I tried to find a take-away and move on, but, each time, it was over-generalized, and my heart was not satisfied. Then, at just the right time, the purpose that God had for me in this story became clear and it spoke wisdom into a trial that my husband and I were facing.

Although my childhood summers came each year by way of a country dirt road, I failed to learn the reason that cows chew all the time. The term “ruminate” means to meditate or ponder something. The meaning is derived from the part of the cow’s stomach called the rumen, whose function it is to return cud to the mouth to be re-chewed. The food travels through 4 sections of the stomach to fully process and break down the food enough to be digested.

The four parts of the cow’s stomach have become my physical picture of this process that I often follow when studying scripture. Each time this story moved from one part of my ‘spiritual stomach’ to the next, it was becoming softer, and I was gathering bits of nutrients until it was ready to be fully consumed – providing nourishment to my heart, mind and soul.

In the story of Abigail, located in 1 Samuel 25:2-42, Abigail is described as intelligent and beautiful, while her husband Nabal (whose name means ‘fool’) is described as brutish and rude. King David sends men to ask Nabal for some food to feed his men in return for the protection they had helped to provide Nabal’s shepherds and flocks. In a prideful response, Nabal insulted David and refused to share provisions. When David heard of Nabal’s response, he rallied 400 men to ride towards Nabal on a kill mission. Nabal’s servants who heard this interaction went directly to Abigail to ask for her intervention.

From here, I encourage you to read the exact interaction between Abigail and David in 1 Samuel 25:23-42. Look beyond the surface and recognize the ways that her speech is woven with evidence of God’s having molded her heart over time.

Here are a few of the spiritual truths that God confirmed through Abigail’s story:

My spiritual journey through this story began with a bite that was too big to swallow. It required meditation and the reference of many other verses to break it down into the purpose God had for me at the time. It’s your turn, go find a passage to chew on for a while. Moo.

About the Author:
Audra has a passion for encouraging women in their roles at home in both marriage and motherhood. She enjoys sharing her journey of refinement and learning through these important transitions on her blog called The Homegrown Project. 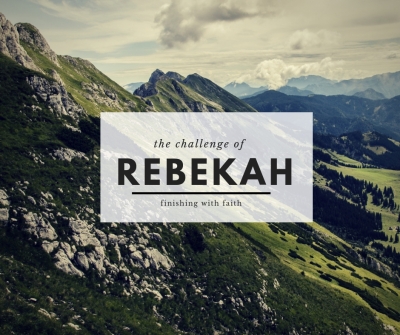 She was brave. She was beautiful. She was kind-hearted and hard-working. What man wouldn’t dream of a wife like Rebekah?  Indeed, Isaac “loved her very much and she was a special comfort to him.”

When faced with the choice to respond to a glorious recount of God’s divine intervention to unite Rebekah with her future husband (a complete stranger, by the way) she said, “Yes, I will go.” Rebekah followed Abraham’s servant back to a far away place to meet her new husband. Their first meeting was love at first sight, and in years to follow, Isaac still loved her so much that he begged God on her behalf. God granted Isaac his request, and Rebekah bore twin sons.

Rebekah was loved, but Rebekah was distracted. She was busy securing a future for her beloved son, Jacob. She was willing to deceive her husband to get what she wanted. She was willing to cast her other son aside, leaving him slighted and dejected. God had made her a promise, but she somehow thought that God needed her intervention to make it happen. She saw her husband as more powerful than God and so she attempted to thwart him.

Rebekah encouraged much strife, favoritism, manipulation, deceit, and spite within her family.

I am reminded of the words in Proverbs 14:1

The wise woman builds her house, but the foolish tears it down with her own hands.

The life of Rebekah is a wakeup call for me. I see little in the life-story of Rebekah to admire her for. However, God in His sovereignty still accomplished all of His purposes regardless of Rebekah’s shortcomings. As much as I want the Lord to include me in His displays of faithfulness throughout the generations, I also want to be a woman that God exalts. I don’t want to be merely in a story of the faith, but I want to be one that the Lord exalts in those stories. To be so, I must relinquish the fears that overtake me so very often and allow God to accomplish His promises.

The fear of man brings a snare, But he who trusts in the LORD will be exalted. Proverbs 29:25

About the Writer:
Lyndsay has been many things in her past, but no career, experience, or calling define her more than the desire to follow after Christ in response to His gracious work in her life. At present, she teaches movement classes and works as a wellness consultant in addition to loving her amazing husband and raising her daughter to know and love the Lord.

I’m a fixer.  I fix things.  It’s what I do.  Someone’s got a problem?  Tell me, and I’ll fix it.  My friends even gave me the nickname “Miss Fix It” in high school.  This personality trait can get me into trouble, however.  I have the tendency to attempt to solve the problem immediately in a manner I think is best instead of consulting the Ultimate Fixer, God.  I can be impatient, determined that the problem must be solved ASAP, and convinced that my way is clearly the best.

Abraham’s wife Sarah and I have this trait in common. God has told Abraham and Sarah that their descendants would be as numerous as the stars, despite the fact that they are both very old and at the time childless. We then learn in Genesis 16 that Sarah takes the matter into her own hands and tries to fix it. She sends her slave, Hagar, into her husband’s arms:

“Go, sleep with my slave; perhaps I can build a family through her.” Genesis 16:2b

Notice the keyword “I” in that verse. Long story short, this plan doesn’t work out. The results of that decision include hostility, catfights, and homelessness. We may not have much patience but thankfully our sovereign Lord does. He has the patience to let us make mistakes but receive us with open arms afterwards. Even though Sarah tries to fix it, God still blesses her with a son and her and Abraham’s descendants are indeed as numerous as the stars.

As I’ve gotten older and tried to fix oh-so-many things, I’ve learned that life is a lot easier if I sit in the back seat and let Him be the driver. He doesn’t even need me to be the navigator! I can take a nap, drink a Coke, listen to music, and do whatever I want (I’d probably choose the nap option to be honest).  And, that’s not a bad way to live. Consider Jesus’s own words in Matthew 11:28-30 NIV and let His peace wash over you:

Come to me, all you who are weary and burdened, and I will give you rest. Take my yoke upon you and learn from me, for I am gentle and humble in heart, and you will find rest for your souls. For my yoke is easy and my burden is light.

The Message translates the last part of verse 30 like this, “Keep company with me and you’ll learn to live freely and lightly.” Wow, what a concept! The Creator of the universe doesn’t need me to fix it . . .

About the Writer:
Natalie is a stay at home mom to two young boys. Additionally, she occasionally works as an emergency room nurse and is studying to become a Nurse Practitioner. She and her husband have been called into the medical mission field and are excited to see what the Lord has in store for their lives. 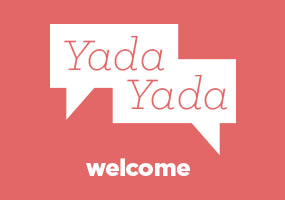