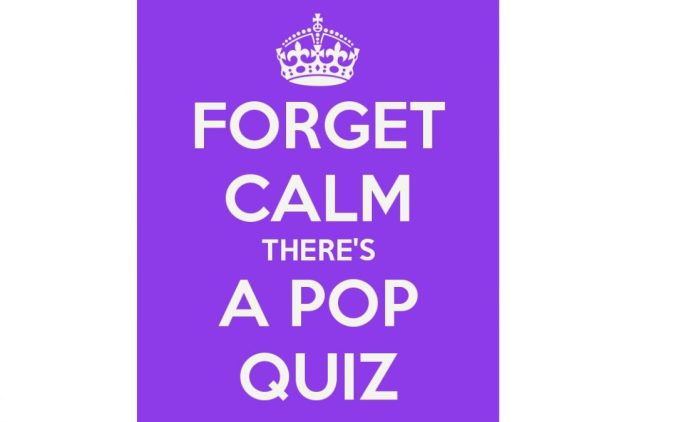 Have you ever been in school and your teacher suddenly announced, “All right close your books and put up your notes- it’s pop quiz time!” Then, in an attempt to ease the panic amongst the students faces, the teacher says, “Don’t worry! You’ll be fine….as long as you’ve been keeping up with your readings.”

Our entire existence on this earth is filled with daily, multiple pop quizzes. We are constantly being tested on what we know to be true.

The fact is, despite our usual day-to-day comfort, we are in fact in a war against the spiritual forces of wickedness in the heavenly places. Consider Ephesians 6:12:

According to this verse, the Apostle Paul says we are in a battle with the “unseen forces of this world’s darkness.” Demons y’all. He’s talking about demons. Demonic attacks are a very real and modern occurrence and it does not have to look like a scene from The Exorcist to be an assault. Most often it is much more subtle than that. They are interested in the long game. Slowly but surely, they constantly plague our minds and try to influence us to turn away from God and His goodness in order rob us of the spiritual blessings God has given us.

Did you catch that? THEY ARE TRYING TO ROB US.

I’m from Texas, born and raised. So, my natural response to that fact is to arm up! Who’s with me? Let’s find out how:

We are destroying speculations and every lofty thing raised up against the knowledge of God, and we are taking every thought captive to the obedience of Christ.  II Corinthians 10:5

The Apostle Paul is saying we must analyze everything we’re hearing! And then make what we believe the very thing Christ has said in His Word, or as Paul says at the end of verse 5 “to the obedience of Christ.”

The Bible is a divine weapon that protects our minds from false statements both about God and supposedly from God. But the Word of God does not do us much good if we don’t use it! It’s as useful as a gun in its case or a sword in its sheath.

Our Adversary has convinced the world that this divine weapon is frail and powerless, but the truth is, neither he nor his henchman can oppose it. Would you like to know how Jesus Christ Himself won the battle in the wilderness against the Devil during His earthly ministry? You guessed it. He quoted Scripture in response to the lies the Tempter tried to bait Him with (Matthew 4:1-11). The Devil even took Scripture out of context to use it against Jesus during this time. Even more reason for us to know the Word of God.

Two crucial things we need to know about our enemy: unlike God he is not omniscient and he is not omnipresent. Meaning, he cannot or read our minds and he cannot be in more than one place at a time. Therefore, he uses his workers, fallen angels that we call “demons,” to do his bidding. They also do not know our thoughts but watch our habits and responses to figure out how/when to attack us.

Friends, for too long we have been sitting idly by and letting the enemy win the day to day battles. When the Devil and his demons can influence us because we don’t know God’s truth or more plainly because we don’t give any effort to knowing His truth – that’s an easy win for them.

Don’t let them rob you. Reading the Bible is more important than we think. We must learn it, know it, and apply it in order to pass the pop quizzes of daily life on this earth.

Natalie is a stay at home mom to two young boys. Additionally, she occasionally works as an emergency room nurse and is studying to become a Nurse Practitioner. She and her husband have been called into the medical mission field and are excited to see what the Lord has in store for their lives.

One thought on “Who Said That? Who’s There?”